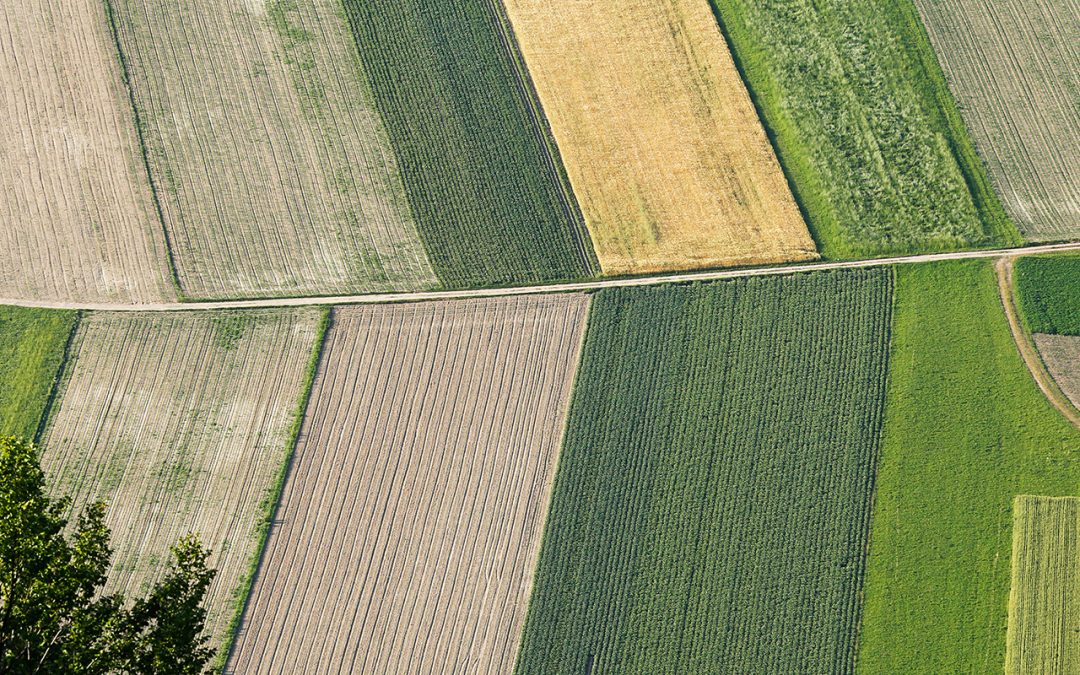 I want to clarify a point as it will cause some organic farmers and supporters of organic farming to misunderstand the purpose of this post. Regenerative agriculture is very similar, if not the same as how organic farming started because of both focus on building the soil up to support the plants that it produces.

The demand consumers have created for organic food has led to multinational food companies pushing to have the standards for organic production softened and in some ways, comprised. They see the opportunity for dollar signs and increased corporate earnings and drive to get rid of all unnecessary restrictions.

In today’s agricultural environment, a consumer is faced with the decision between buying a product made from a non-organic input based farm grown on the two-year rotation of corn and soybeans. The product right beside it in the grocery store could have been made with ingredients from an organic farm growing corn and soybeans year after year. Are they any different when it comes to the question of sustainability and soil health? Something for the readers to think about and inquire as they read the remainder of this post.

What is Regenerative Agriculture? 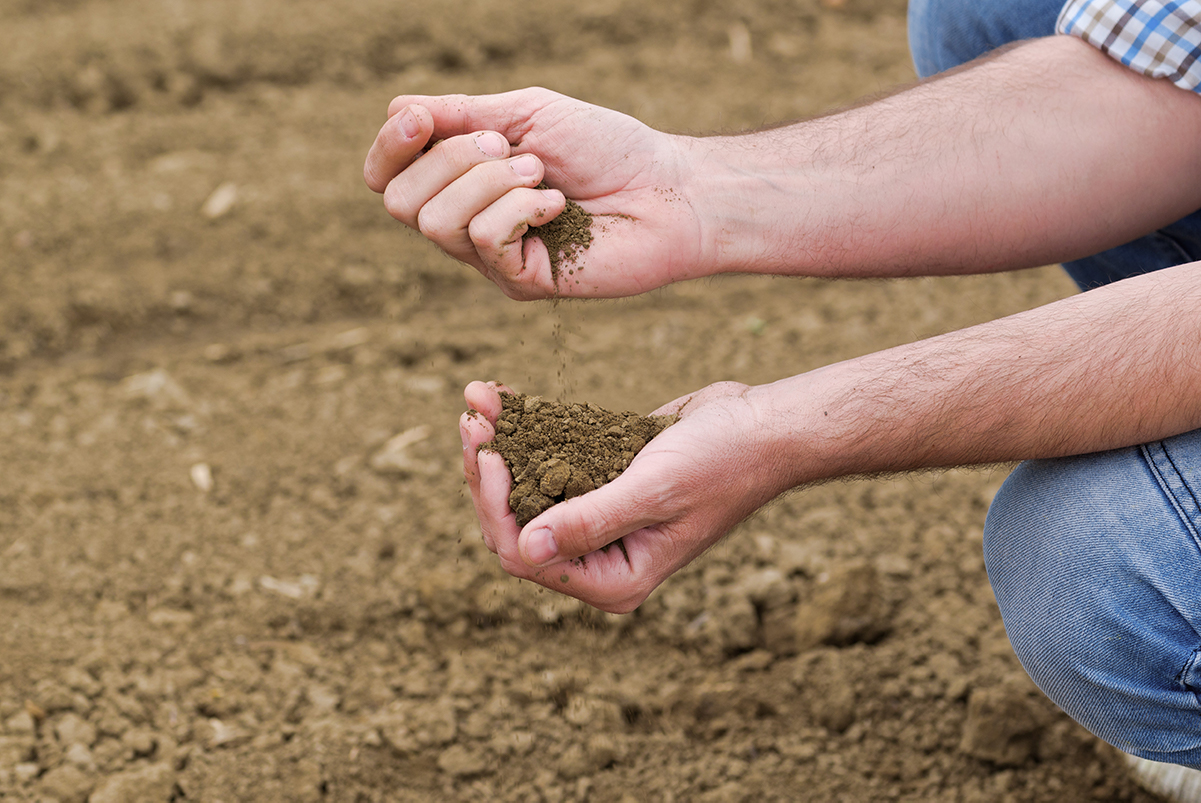 As far back as the ‘60s and ‘70s, when organic agriculture had its beginnings, we did not discuss climate change because the effects were not as noticeable. Now we are facing this climate crisis as a global population and results of climate change are becoming more pronounced every year.

One of the critical points of this current climate crisis is atmospheric carbon from the burning of fossil fuels but also the land’s lack of ability to sequester carbon. This leads us to the main difference between industrial influenced organic farming and regenerative farming, which is to create soil that acts as a holder of carbon dioxide and use agricultural practices that support this philosophy.

We now have only 60 years of topsoil remaining on the earth.

Our current treatment of the topsoil, with current farming practices, has many agricultural publications estimating that we only have about 60 years of topsoil remaining! I hope that shocks you to sit up and say, “WOW, now I am listening!” That means our children’s generation the soil will be unproductive, and food shortages will be a reality, and some are going to starve. Is that something any of us want? 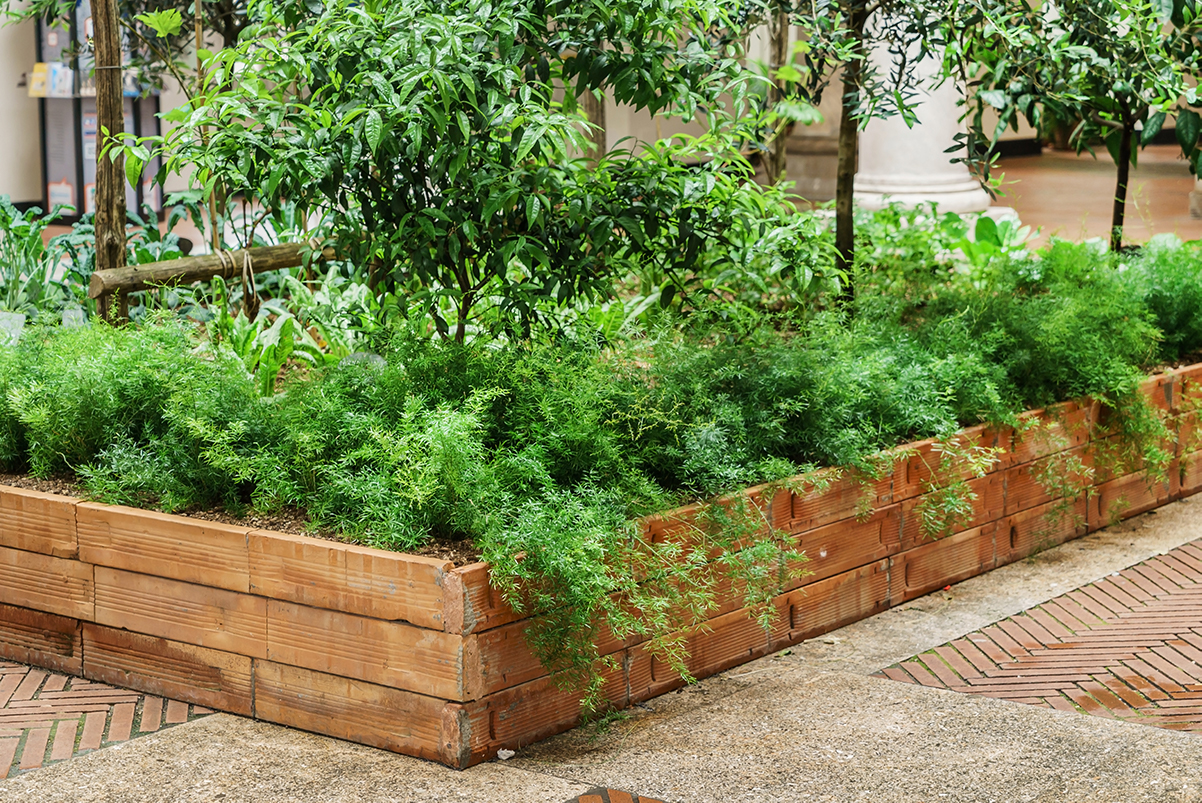 So back to our main question, “Why Regenerative Agriculture?” If trends continue, six inches of soil that have sustained us for 1000’s of years, could be gone in a generation. This problem has been created through our farming practices since the end of World War II. We need to start rethinking how we manage this limited resource and stop taking it for granted.

You may be asking yourself, “I thought, all this talk of sustainability; buying products that are sustainably farmed; we were helping to improve farming practices and heading in the right direction?” Something you may want to reconsider and investigate a little deeper.

Can’t Have Sustainability in Agriculture without Soil Management

A farmer once said to me in response to all the hype surrounding farming, “nothing we do is sustainable.” I believed he was very pessimistic at that time. However, the more I have come to understand the state of our soil, I strongly feel he was very accurate in his comments because you can’t have sustainability in agriculture until you precede it with regenerative soil management.

Our current order of terminology and thinking is incorrect. First, we need to become regenerative by building the soil up to levels where desirable organic matter is achieved. This will work to undo the destruction of our soils that started with the industrialization of farming in the ’50s. Then we can look to farm with sustainable practices once that has occurred and maintain what we have built for future generations. Sustainability in our current state will not be good enough to solve the problems we have created.

The Key is Organic Matter

Without getting super technical for non-farming consumers, the organic matter in soil has been on the decline for a very long time.

In agriculture college, aspiring farmers will learn about the variables that allow organic matter to be built up and also the factors that lead to its reduction. The four main points of the benefits of having a higher organic matter in the soil are:

Summarizing what the four terms refer to is the ability of soil to stick or hold itself together. Think of it as the glue that makes a bunch or ingredients become the soil we see and can hold in our hands. When soil can’t stay together, we get erosion. 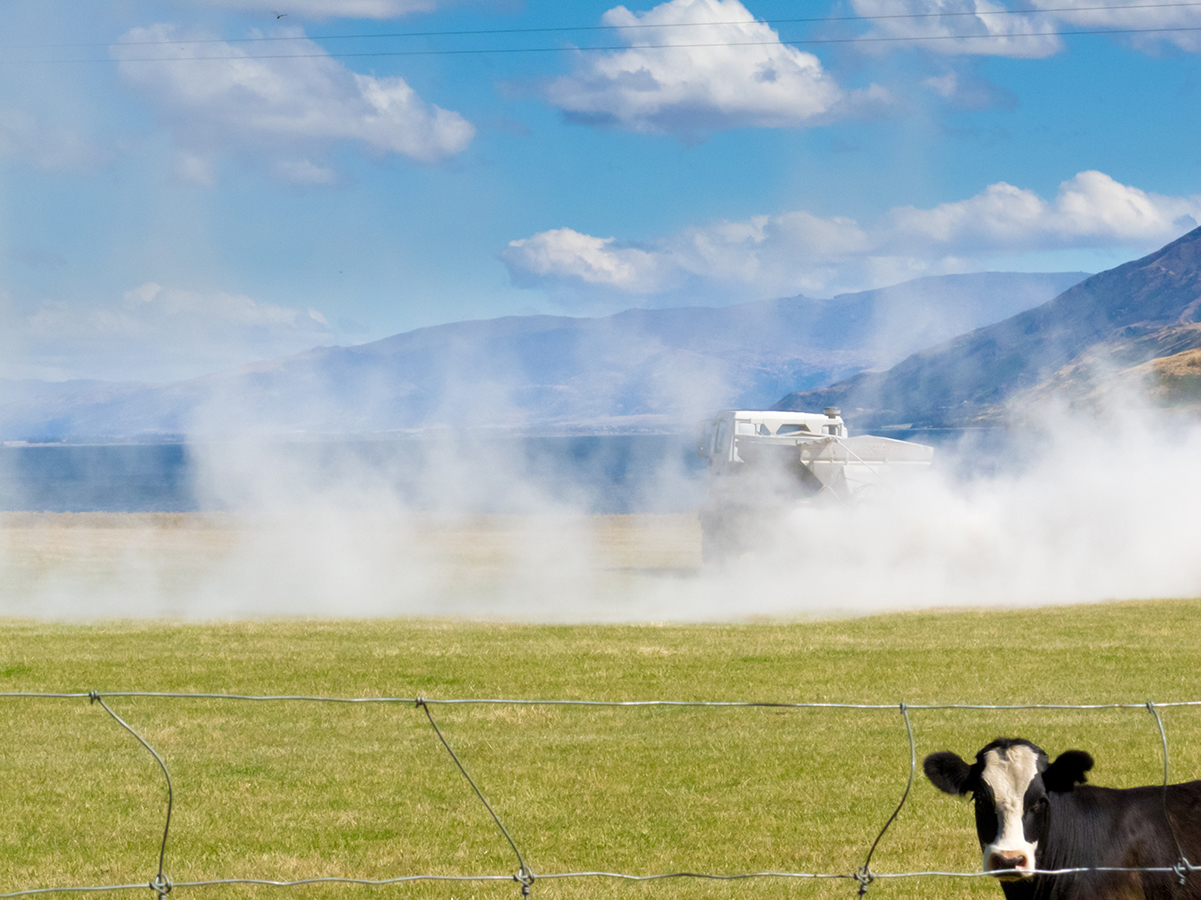 The Dust Bowl and Soil Erosion

The most prominent example of soil erosion is the famous Dust Bowl, which occurred between 1930 and 1936. The soil blew away before the farmer’s eyes and growing crops were next to impossible in large parts of the United States and Canadian prairies. If you do any reading on the dust bowl, one main component at the epicentre was farmers flipping over large areas of grassland to start and farm into grain crops.

“Without the indigenous grasses in place, the high winds that occur on the plains picked up the topsoil and created the massive dust storms that marked the Dust Bowl period. The persistent dry weather caused crops to fail, leaving the plowed fields exposed to wind erosion.”

“With insufficient understanding of the ecology of the plains, farmers had conducted extensive deep plowing of the virgin topsoil of the Great Plains during the previous decade; this had displaced the native, deep-rooted grasses that normally trapped soil and moisture even during periods of drought and high winds.” Source: Wikipedia

Lessons in Soil Management We Should Have Learned

Sadly, we seem to be heading down that same road again where the soil is degraded to an unusable form because the lessons on soil management and particular agricultural practices we should have learned have been forgotten. We seem to be repeating our soil erosion practices all over again.

The other part of this equation is the soil’s composition. It is made up of hundreds of millions of bacteria and the microbial activity happening. For this biological activity to occur, the bacteria need living plants to be growing in the ground as much of the year as possible because they provide food, other nutrients and home the bacteria need to live.

If you see bare soil over the long winters; this is not healthy for the soil because the bacteria don’t have anything to feed on and the ground is not protected so it can blow away just like the dust bowl. In farming, there is a principle called winter cover crops where farmers will plant vegetables in the early fall that will establish roots in the soil that helps to prevent it from being displaced from both wind and water because of winter conditions. 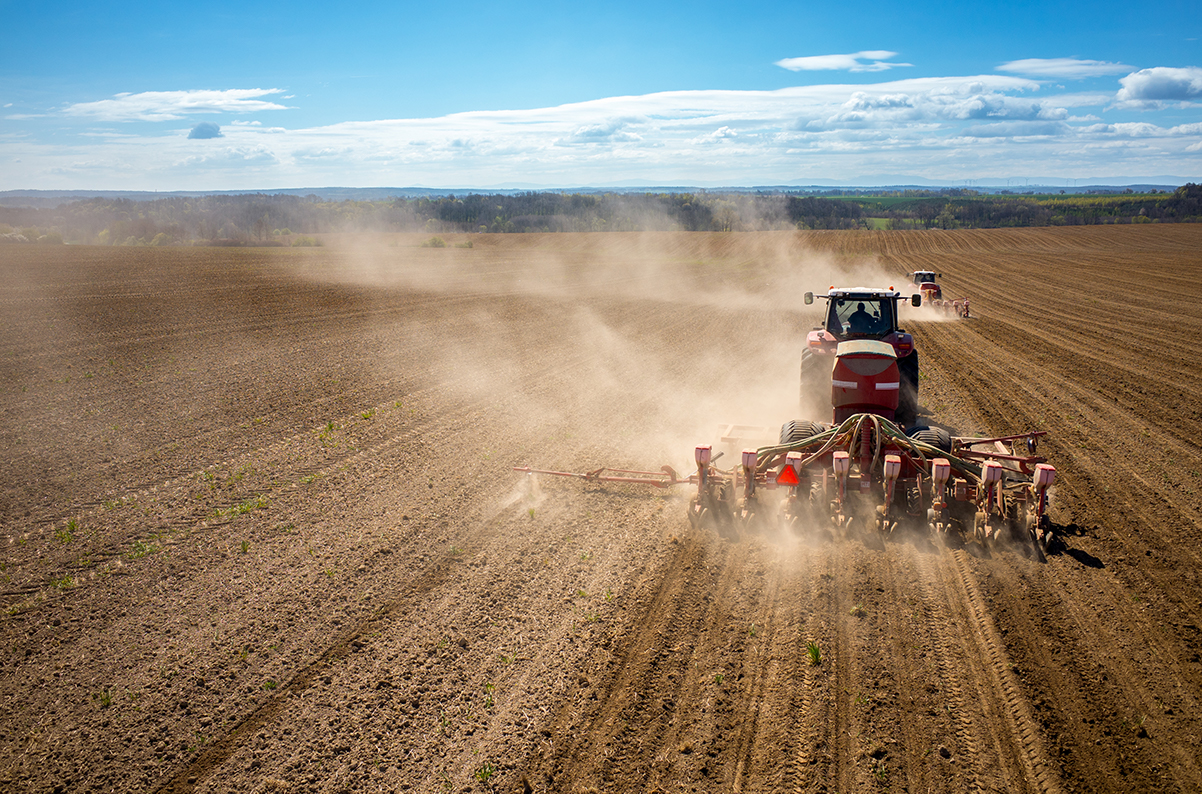 Adding Carbon Back to the Soil

The other important role these living plants play in a healthy ecosystem is pulling CO2 out of the atmosphere and storing it in the soil. Without the plants growing in soil, the CO2 remains in the air and not in the ground where it has been for 1000’s of years. Plants are a vital part of the storage of carbon in our soil. Regenerative agriculture looks to enrich soils and enhance ecosystems, but for this to happen, we need to retrain our brains on proper soil building techniques.

Right now, a lot of discussions as it pertains to the climate crisis is focused on reducing our use of carbon abundant fossil fuels and also products made from fossil fuels in the form of plastics. We have become heavily dependant on fossil fuels for travel and also consumerism through the use of plastics.

One area not being heavily debated is how we are treating our land through our farming practices. You can choose to live a waste-free life, which seems to be having an impact globally on changing our buying habits, and companies are sitting up and listening to consumers. You can also flex your proverbial consumer muscles by starting to understand and demand products grown in a way to help our Earth and not harm it.

I believe Regenerative Agriculture will have a profound impact on the issues facing our planet and that is why a group of us started REGENERATE – Heritage Grain Weekend in London, Ontario 4 years ago. It is an opportunity for consumers, chefs, and farmers to come together and discuss these issues, educate themselves, and have some fun through products made with grains. We encourage you to take the time to come out and get engaged.