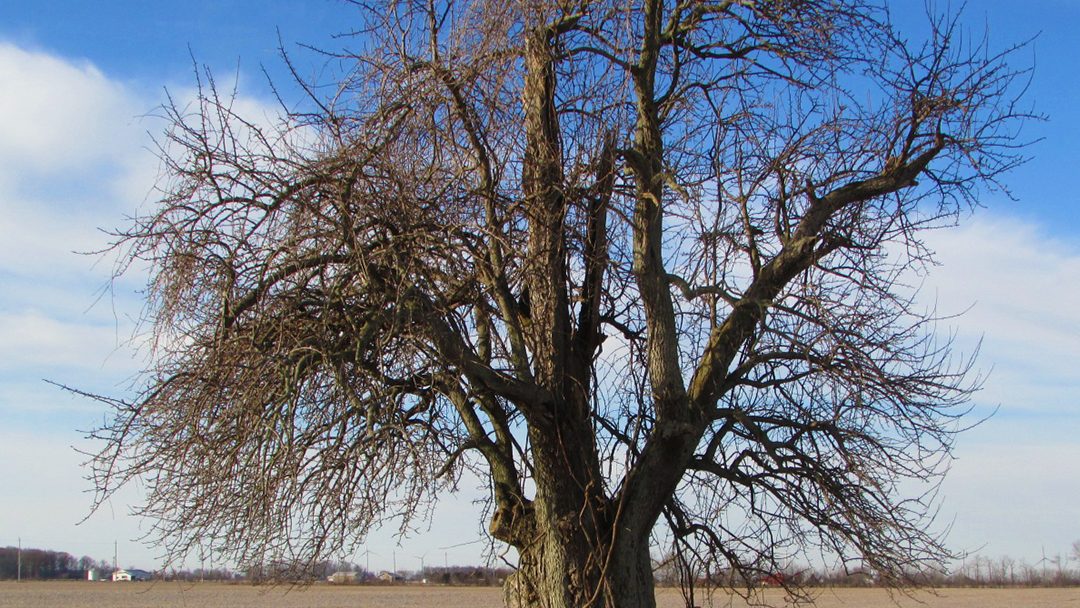 If you call yourself a foodie or like to understand or seek out unique foods, you may have heard of the Paw Paw, Quince, Sea Buckthorn or Haskap berries. However, have you ever listened to a story about an Heirloom Pear called the Jesuit Pear?

Your time to do so may be limited.

The History Behind the Heirloom Pear

The Jesuit Pear was brought to North America when French immigrants came to settle a land occupied by only a few in both Ontario and Midwest United States centuries ago. These heritage fruit trees came on the ships bearing supplies delivered to Detroit. Back then, immigrants realized they needed to have a plan to get through the long, harsh winter months in the new land. The small trees came as a solution to a problem but also interjected French culture immediately to the new frontier.

What made these heirloom plants so perfect for the journey from France to the Great Lakes region was their ability to withstand the harsh travel conditions. These heirloom pears stored well during colder months and had a disease resistance that made them dependable when other food sources were scarce. Many of these traits are now explored by modern agriculture experts because of the problems being created by monoculture and industrial focused production methods they are struggling to unravel.

Through the Jesuit Pear, I had returned to a time when food was not a status symbol or something to show off on your Instagram account. But to a way of life rooted in simplicity, helping your neighbour and rolling up your sleeves and getting your hands dirty. I have picked the pears on the side of a gravel road. I stood on top of my car and looked like an idiot.

I have also worked alongside people of colour whose ancestors were pursuing their freedom along the underground railroad and needed these pears because they had fallen out of favour with white people. These pears were left for the marginalized to eat because other fruits were more desired. The Jesuit pear is anything but elitist when you know the rich stories behind it! 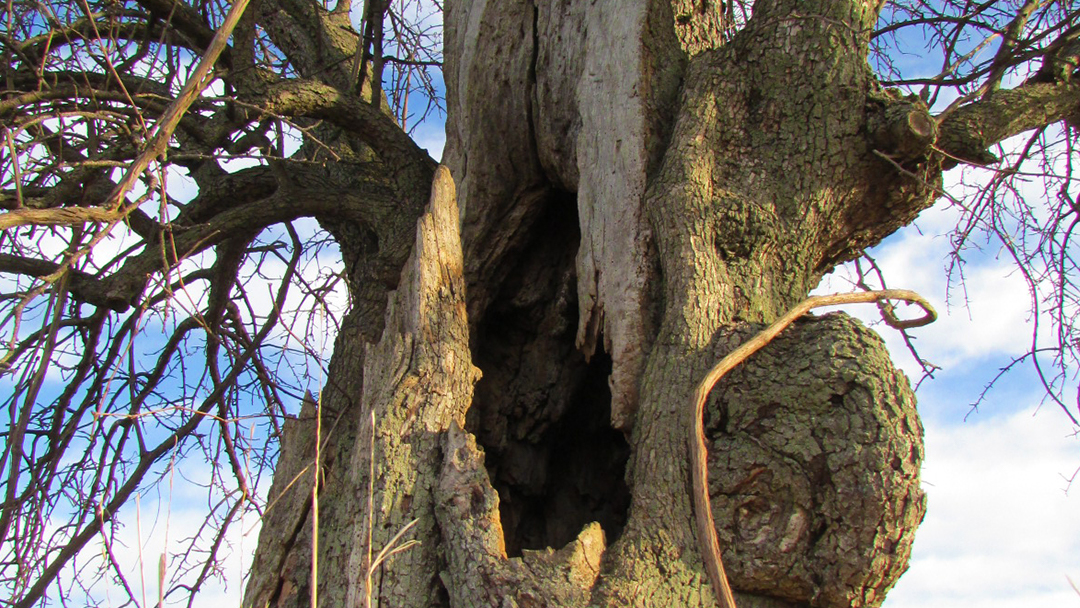 I am fortunate to live in an area where French communities are prominent, and their ancestors still dot the countryside in communities like Pain Court, Belle River in Chatham Kent and Windsor Essex respectively. Little did I realize I would get a food lesson through these heritage fruit trees; a lesson we all need to learn before it is too late.

Food has changed dramatically over the years to the point we don’t seem to recognize how fragile certain products have become, as well as, how vulnerable humans are as we are dependant on food for nourishment. The Jesuit Pear was brought to North America because of the traits it offered. Long forgotten are the days when consumers were not able to drive to the grocery store 24 hours a day and get anything they can think of because the global food economy allowed people to have food available year round.

In today’s society, we have shipments of food from all over the world. Tropical fruits we can’t even grow now exist in our grocery stores like mango’s in January and bananas that are in constant supply all year long, and we never think to question this function of our food system. We also have electricity which allows us to refrigerate or freeze foods and so having to can or preserve our food is less critical like it was in the 1800s. 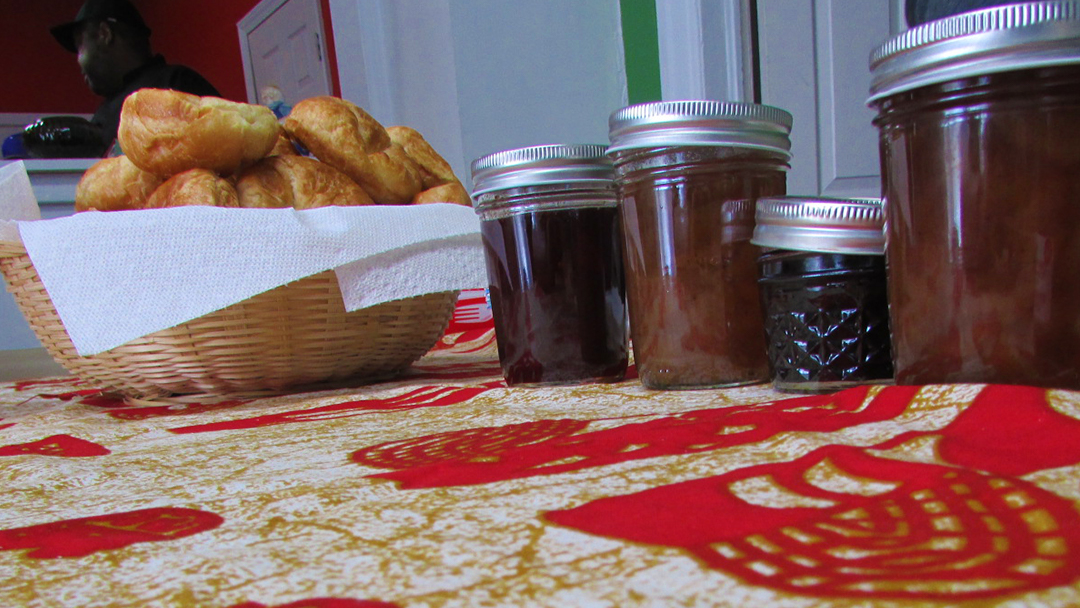 Canning and Preservation of Heritage Fruits

During this period if you didn’t preserve or can foods, it meant not having food to eat or a supply of options outside the growing season. Homes were built with pantries and root cellars, not because they were trendy but because they served a function of self-sufficiency.

Fast forward to when electricity was made available in homes which allowed us to have refrigerators and freezers to store and preserve food, something previous generations never thought possible.

This heirloom pear offers us all a glimpse into why it was essential centuries ago as a staple in diets. In a time when canning and food preservation were done not for fun or to be put on social media but so that families could eat and nourish their children all winter long. 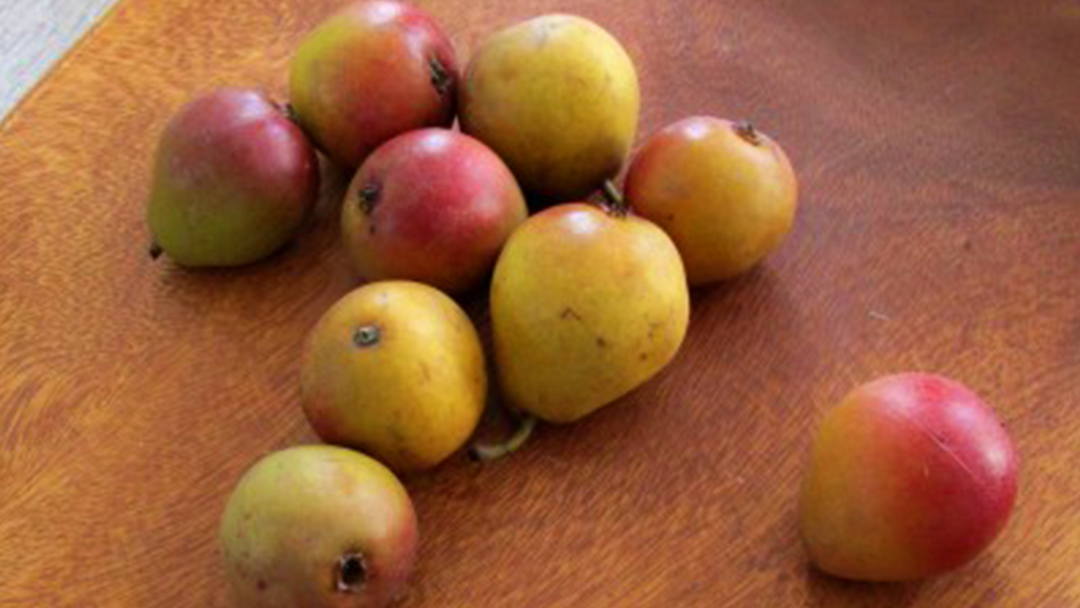 Slow Food is a grassroots organization that was “started in 1989 to prevent the disappearance of local food cultures and traditions, counteract the rise of the fast life and combat people’s dwindling interest in the food they eat, where it comes from and how our food choices affect the world around us.” (Source: slow food website.)

North America is a fantastic place to live and build a life for yourself and your family. However, one downfall is the fact that when people from other cultures move here, we tend to North Americanize those foods and remove the customs and traditions that have built into for sometimes centuries.

My spouse moved here from Ecuador, so I have become much more aware of this, through her understanding and love of coffee from her country. It is not an oversized cup from Tim Hortons that is full of milk and sugar. In her country, a small cup of strong coffee with very little sweetness or bitterness from industrially produced coffee beans is the norm. She also enjoyed sitting down talking with loved ones while drinking her coffee and not consuming it on the run or while driving in her car.

Today, if something doesn’t fit into our food system, it’s moulded to fit our modern consumption patterns due to convenience, cost, availability and shelf stable that are at this systems core and the traditions and culture behind that product get pushed aside.

It aims to preserve biodiversity and believes that globalization and industrialization of food have standardized taste, which is destroying the many food flavours and varieties. An essential outcome of Slow Food is taste education.

A great example of this taste education I have personally experienced and transformed my understanding of standardized taste happened through my work with this little-known heirloom pear brought to North America by Jesuit Priests. This Heirloom pear is described as “a pickled pear, that had a rich, spicy, robust flavour.” by Lauren Moscoe and member of Slow Food Huron Valley. Think of the last time you heard anyone describe a pear as “robust spicy flavour” or as Darlene Darley earlier described it as “sweet taste, with hints of honey and vanilla.”

Trying to Save the Jesuit Pear’s Storied History

The Ark of Taste is an international catalogue of endangered heritage foods which is maintained by the global Slow Food movement. This Ark is designed to preserve at-risk foods that sustainably produced, unique in taste, and part of a distinct ecoregion. Contrary to the most literal definition of plant and animal conservation, the Ark of Taste aims to maintain edibles in its purview by actively encouraging their cultivation for consumption. By doing so, Slow Food hopes to promote the growing and eating of foods which are sustainable and preserve biodiversity in the human food chain.

The Ark of Taste was created to focus in on stories like the Jesuit pear because behind them are not only food products but rich cultural and traditional stories that need preservation.

Adding the Jesuit Pear to the Ark of Taste

In December of 2016, the heirloom Jesuit pear was added to the Ark because it brings with it a long list of traditional and culture stories that many with French ancestors may have just forgotten or that they hold onto genuinely like Darlene Darley who nominated the Jesuit pear to the Ark. Darlene is a descendant of Francois Navarre who brought Jesuit Pear seedlings from Detroit to Monroe when he founded the settlement in 1789.

“The Jesuit Pear trees are a living reminder of the early French presence in the Detroit River region. Planted by settlers from 1700-1840, some old trees or their offspring can still be found in the area. Often mistaken for giant oaks, they can grow to over 2-stories high and live to 200 years old. These fruits are small and round, and taste sweet, with hints of honey and vanilla. Traditionally they are canned in spicy, cinnamon syrup by French families still living in the area. The Jesuit Pear has deep cultural and historical significance and is now in need of preservation.” according to Darlene. 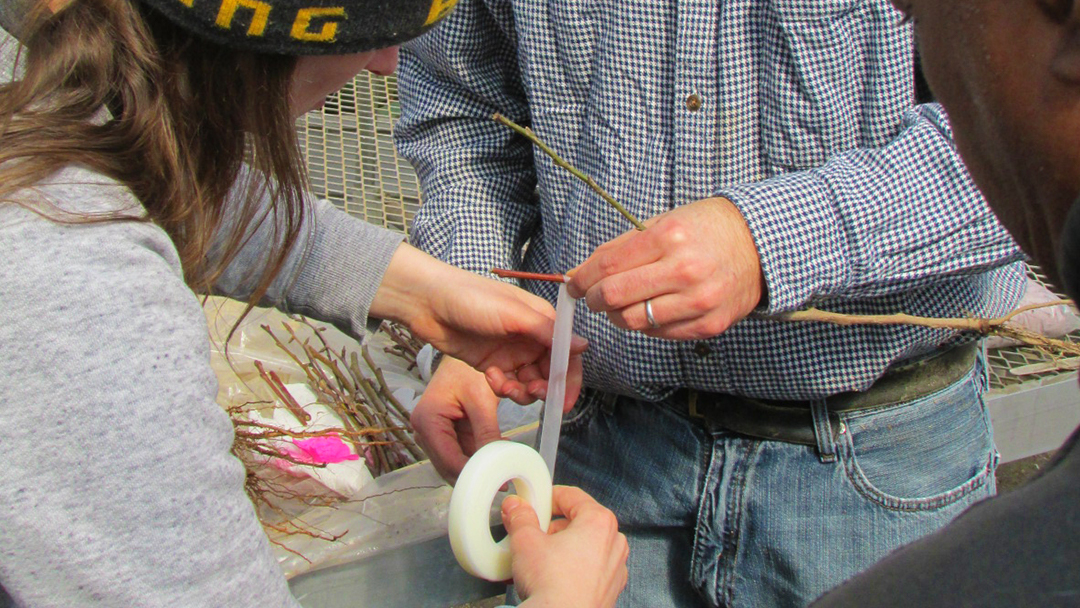 Experience it Yourself Before It’s Too Late!

On March 17, 2019, we invite all people to come to join us to experience these heirloom pears in Ann Arbor, Michigan. At an event that brings joy to my soul because it flip-flops between the United States and Canada each fall and early spring.

The spring session allows us to taste the work from the fall preserving time and also graft scion wood onto rootstock so more trees can be planted in the ground and around the Great Lakes where they once were abundant.

The fall session happens so we can work together to learn the historical way of preservation and try other preserving methods to spice it up.

These events have brought to the table people, so to speak, individuals with French heritage, African Americans, with no connection to the Jesuit pear at all, rural people and urban folks all to breath life back into a pear that gave early French settlers sustenance hundreds of years ago.

That day we will be holding a grafting workshop from 1:30 pm to 3:00 pm so more grafted trees are shared with those who want to join the effort to revitalize them and plant across our region. This is followed by a tasting event where people can experience the Jesuit pears first hand and taste something very few have had the chance to enjoy because of how rare they are.

There are experiences in your life that define and spark new growth in you; these heritage fruit trees are one of those experiences for me, and I would like others to be impacted by the Jesuit Pear.

Tickets can be found here, and we hope you join in saving this heirloom pear before it is gone!