A Pear that offers Terrior 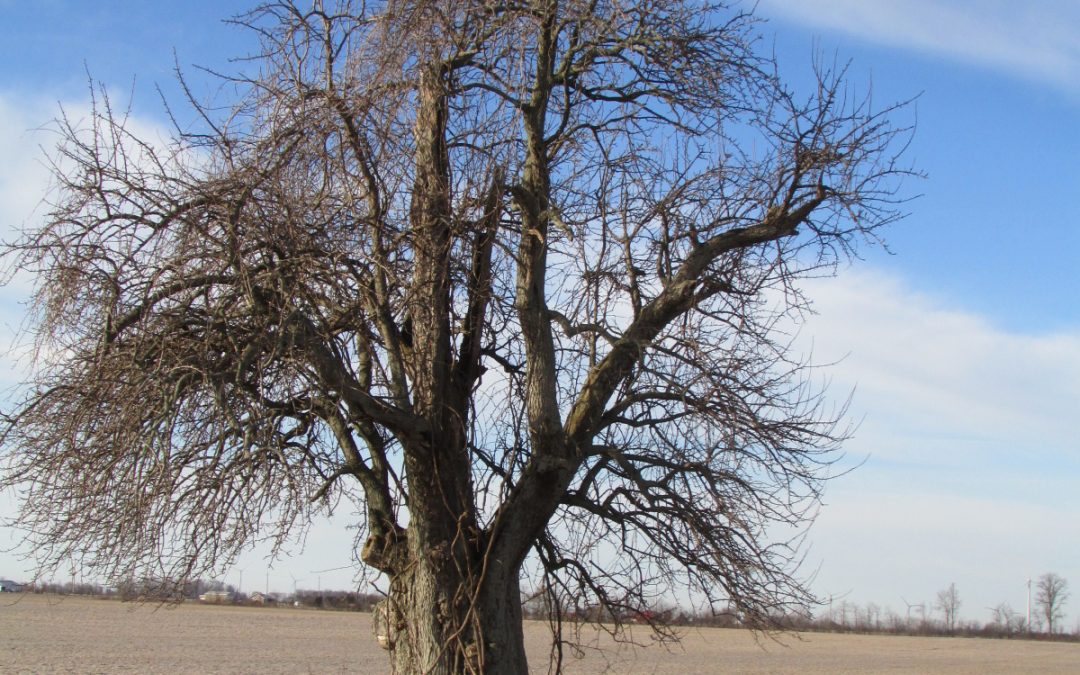 A few weeks ago CK Table had the privilege to work on a regional collaboration focusing on an old heritage fruit called the Jesuit Pear. Showcasing terrior for a narrowly defined regional. This pear has a long and storied history within an area of a few hundred kilometers that spanned from Monroe, Michigan to Chatham Kent, Ontario. 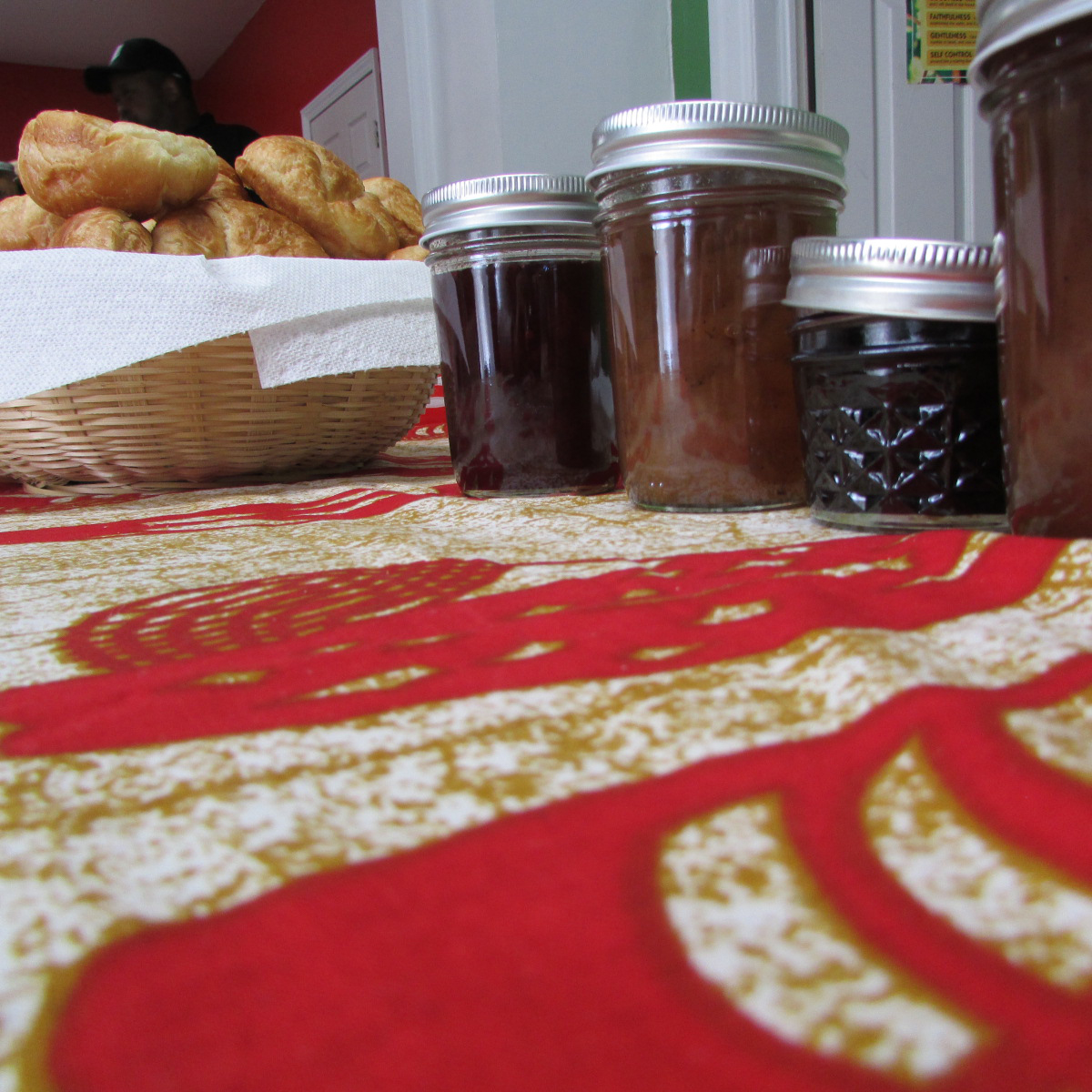 French settlers brought this pear from France to North American as they explored and settled several hundred years ago. The new inhabitants of SW Ontario and Michigan brought this pear for several reasons, the main one being it provided a solution for eating fruit in the cold long winters. These pears had a long storage life and one of the main methods to eat them was to preserve them in a brine for eating in the months when food was scarce.

As the story goes, Jesuit priests started by planted 12 trees to model after the Biblical model of Jesus and the 12 disciples. Eventually the pear trees were spread around the region to the french communities that were being set up and hoping to eat like they remembered in France. These trees and fruit were almost extinct and a few years ago, until a person with vision and connections to the French community nominated it to Slow Foods Ark of Taste category because of the cultural significance it held and the wonderful flavour and taste (terroir) it provides to those fortunate enough to have tasted it. 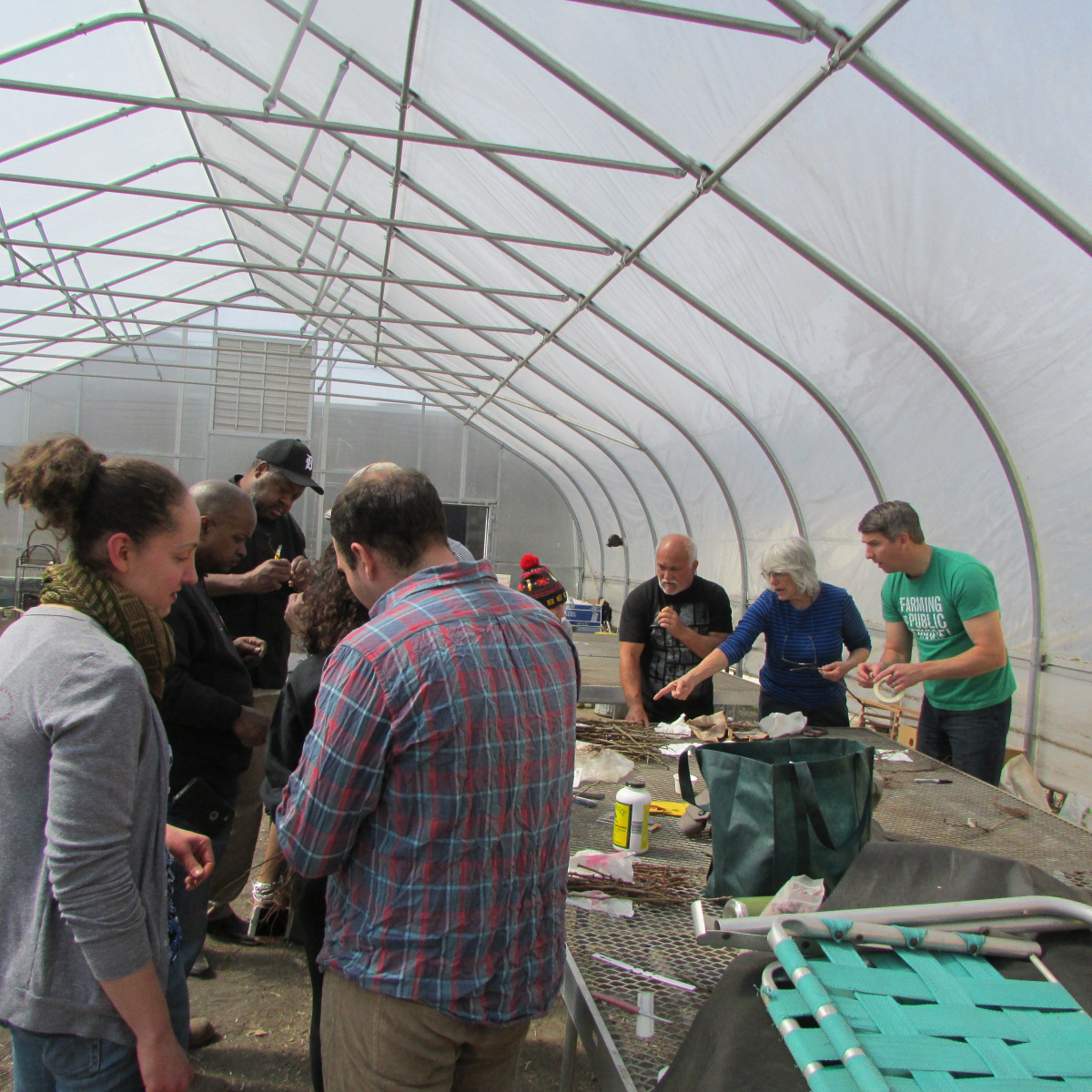 A Food that Unites

On March 24, 2018 I was able to watch as Canadian and American, anglophone and francophone, man and woman, and white people and African Americans came together on an urban farm in downtown Detroit to learn about this amazing little pear, taste it and work together to graft scions onto rootstock to be planted by interested attendees across the region and work to rebuilt this tree in our Great Lakes environment before it is lost forever!

In a time when we tend to see our differences or stand in opposition to those unlike us, this workshop brought people together to share how this heritage pear impacted their lives. We heard from a person with French ansentory on why this was important to their culture; we heard from a black chef who got an education because of the schooling the Jesuit community provided him with, and a woman who remembers eating it with her family growing up and had forgotten about it until she tasted it again. We even learned in process of setting up this event that one of these rare trees was still growing at the Buxton Historical Site in Chatham Kent; which was the end of the underground railroad for so many African Americans and the oppressive life they faced during the days of slavery in the United States. The tree stands alone in a field, with few realizing it’s significance. 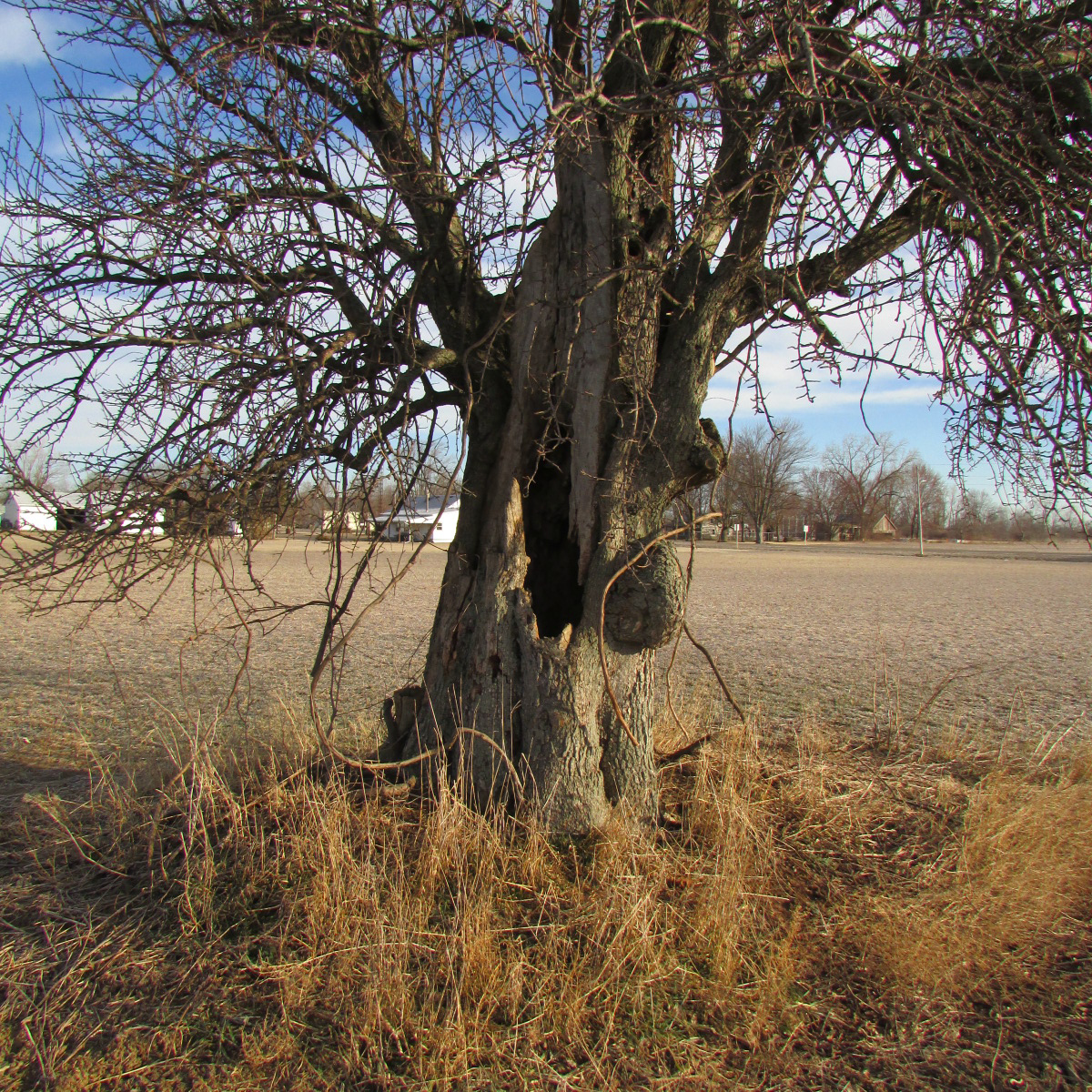 The other idea that this pear demonstrates is that regions have created geographical landscape that tells a story into the food terrior of that area and we all need to look in our immediate areas for the stories needing to be told! An example in my region is the large ditches that mark the landscape beside roadways in an area of Chatham Kent, north of the city of Chatham. Our area, historically produced acres of sugar beets for sugar production when shipping sugar around the globe was not an option. These sugar beets were floated down these waterways and taken to the sugar refinery in the city of Chatham that has long disappear and few remember it. Few younger people realize the significance of these waterways, that tell the story of places and the food that developed a community like Chatham Kent.

So the question I leave you with is; what food stories are you missing in your area that helped shape that community? Food plays a far greater role in our understanding of history, culture, tradition and terrior than we realize. We need to realize this and work to promote them before examples like the Jesuit pear are gone for good.